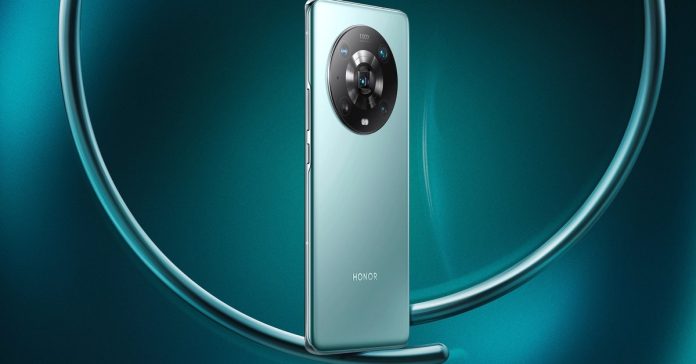 Honor wants to take the place of Huawei and has already managed to do so in China. Now the Honor Magic 4 Pro is a top smartphone for the price of 1,099 Euros on the market in Germany again. Technically and visually a real treat. However, the first tests from overseas clearly show that there is a problem with the software – especially with the update guarantee. The criticism of this has now been heard.

Update of May 27, 2022: Honor has taken the criticism to heart and responded to our Request for the update policy published the following statement:

We are currently revising our update policy – especially due to the feedback from our customers in the context of the current launches. Of course, the revised policy also applies retroactively to the Magic4 Pro devices. We also want to offer our customers a positive user experience in the long term and offer them a positive user experience with the Magic4 Pro for a long time.

That sounds very good. Two years of updates would just be too little. Honor will inform us if there is something tangible on the topic, which we will of course share with you.

Meanwhile, the pre-order campaign continues. You get a smartwatch and headphones for free when you buy the Honor Magic 4 Pro (watch it on Honor). The wireless charging station is unfortunately already out of stock. Of course, this also applies to purchases with a contract.

With the Honor Magic 4 Pro, a really important smartphone is being launched for the Chinese company. You want to conquer the market, as Huawei did a few years ago, before the US spell came. As an independent smartphone manufacturer, Honor is free and can take off. On May 24, 2022, advance sales in Germany will begin. The market launch will then be on May 31, 2022. The Honor Magic 4 Pro with Snapdragon 8 Gen 1, 8 GB of RAM, 256 GB of internal memory and the special triple camera will come to us for 1,099 euros.

While the hardware of the Honor Magic 4 Pro is in the tests of The Verge or AndroidAuthority it was rated pretty good, the software didn’t do so well. Especially The Verge noticed a lot of annoying habits of the Magic UI 6.0 based on Android 12. The biggest disappointment, however, is the update guarantee, which is basically none at all. Honor only wants to distribute updates for two years. No matter whether new Android versions or security updates. After two years it’s over. With a 1,099-euro smartphone, mind you.

For comparison: basically all other well-known smartphone manufacturers offer at least three Android upgrades and four years of security updates. Google and Samsung even offer five years of updates. Samsung even has four new Android versions, while Google promises three new Android versions. Buyers are using their smartphones for longer and longer, because a two-year update guarantee from Honor has simply fallen out of time.

What the camera of the Honor Magic 4 Pro has on it:

Honor Magic 4 Pro: at the start there are gifts

If you are not deterred by the short update guarantee, you can strike from May 24 at a price of 1,099 euros. Pre-orders will receive the Honor Watch GS3 and the wireless charger, which quickly charges the smartphone with 100 watts, free of charge (source: Honor). Total value is about 340 euros. If the update policy were at the level of the competition, the smartphone would really be a good option for the future.