First Apple, then Samsung and now also Nokia: a controversial trend is spreading in the smartphone industry. The manufacturers justify themselves with environmental protection. The more suffering is the mobile phone user, who in the worst case has to reach deeper into the pocket. A simple example from Germany shows how things can be done differently. 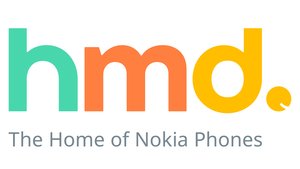 When Apple announced that it would deliver the iPhone 12 without a power plug, it was already foreseeable that other manufacturers would follow the example. After all, something similar had already happened a few years earlier when the headphone connection was discontinued. A short time later, Samsung also made a short process and removed the power plug from the scope of delivery of the Galaxy S21 series. With HMD Global, the company is now jumping on the bandwagon behind the latest Nokia phones.

Nokia phones do without power supplies

The new Nokia X20 to be sold without power plug will be as TechRadar report. Like Apple and Samsung HMD Global also leads environmental protectionto justify the missing power plug. At least at first glance, this rationale also makes sense: many mobile phone users already have countless charging adapters in their drawers, eliminating them would avoid tons of electronic waste. On the other hand, many old devices are sold or “inherited” in the family and friends circle – usually probably with power plug. In the worst case, the Buyers to the new mobile phone now also order a power plugwhich means additional costs and also leads the environmental aspect ad absurdum.

Apple, Samsung and now also Nokia make it easy and go the way of least resistance. Instead of to develop more environmentally friendly power plugs or to set up a recycling system (this is also possible with returnable bottles in Germany), the power plug is simply omitted completely. The fact that this increases the margin for every mobile phone sold is a nice side effect.

Widespread battery myths-and whether they are true:

Huawei in China shows how things are different and also more customer-friendly. There, the manufacturer also sells the Nova 8 or the models of the Mate 40 series without power supply – but in return also lowers the prices of the devices. So buyers do not have to reach into the bag additionally.