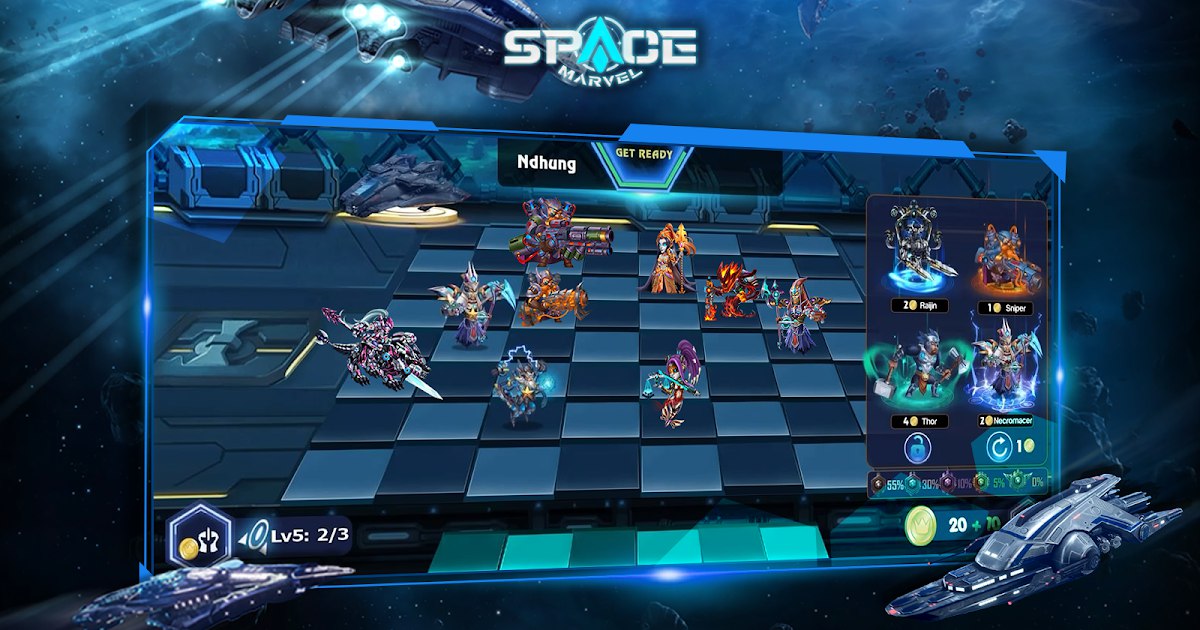 Space Marvel is an autobattler and time-based NFT game. What sets Space Marvel apart from other blockchain-based games is the gameplay – Auto Chess. This genre of gaming is often thought to be inspired by the “chess scene” from the original Star Wars, where monsters line up on a chess board and ready to tear each other apart, while under the control of players. Simply put, Auto Chess is a form of Autobattler where players draft and field a small army of fighters to go on battles against opponents.

Space Marvel is leaning towards a Skill-to-earn gameplay that requires carefully thought-out strategy and challenges the player’s intellect. The automation of the gameplay is meant for busy users to relax after a long day.

The idea for Space Marvel has been on the minds of seasoned crypto users who are also the game’s creators for quite a long time. They want something that adds value to the crypto community and addresses the parts in GameFi that are still lacking. Space Marvel is aiming to become a popular and sustainable game title, as well as becoming a multi-chain game with plans to expand to Avalanche and Solana in the future. In addition, with power based on Amazon Web Services, Space Marvel hopes to provide the best capacity and gaming service in the future. The team is hoping to reach out to top gaming communities in Europe and North America, and allow players to kick off their global digital NFTs collectibles experience, with hundreds of heroes, spaceships, and space stations.

Space Marvel also has a dual token system that can keep the inflation rate under control while being integrated with the game’s random prize system (The Wheel of Fortune). There will be a certain percentage that players can receive different kinds of rewards from the match-winning or different levels of heroes from opening the box. This percentage is carefully calculated to ensure the balance between players and reduce inflation. Space Marvel has multiple game modes, from PvE to PvP.

The team behind Space Marvel tries to develop the game around the benefit of crypto projects. Currently, its funding round is running with support from many big names in Vietnam. Space Marvel is scheduled to be released this May.

Space Marvel is an NFT game on Binance Smart Chain, a special universe inspired by the multiverse theory where many parallel universes coexist with space, time, matter, energy and distinct physical laws. Players will create their own team of heroes, consisting of mythical gods from Greece, Egypt, or Norse legends, to join them in exploring the universe, fighting, gathering resources, conquering planets or forming their own countries with other players.

The post Space Marvel Announces Its Launch – a Time-Based NFT Game to Debut in Summer of 2022 appeared first on Zex PR Wire.