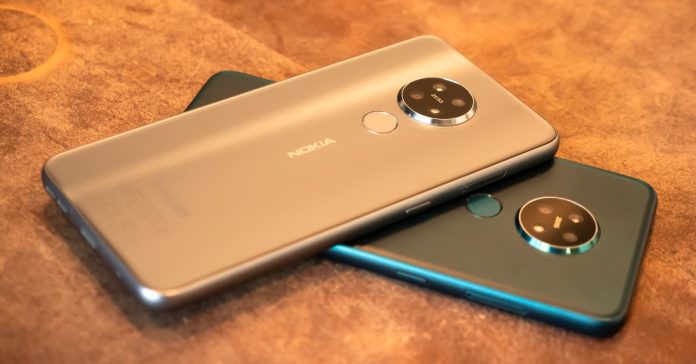 The end of smartphones is coming

By Wendy Alsop
May 30, 2022
Facebook
Twitter
Pinterest
WhatsApp
Previous articleWaves (WAVES) after Selloff in the previous weeks with a 37 percent jump in price
Next articleMold Patrol Has Grown To Be One Of North Carolina’s Best Mold Removal And Remediation Companies

Our technology is constantly being further developed. Today, smartphones are a practically indispensable part of our everyday life, but before the first iPhone it is still hard to imagine. And maybe they will soon disappear from our lives again – at least according to the boss of Nokia.

Nokia CEO: the end of the smartphone era is approaching

Years ago, Nokia was the flagship of mobile communications par excellence, when mobile phones were far from smartphones. With the switch to the touchscreen, others have taken over, the Nokia brand is at best still a marginal phenomenon in the smartphone market today. However, the group is still playing in the top of the world when it comes to the Hardware for mobile networks be about. Thus, today’s industrial equipment supplier is still moving a lot in our networked world.

Therefore, the word of the Nokia CEO also has weight: he expects that by 2030, not 5G, but 6G will be the predominant mobile communications standard, explained Pekka Lundmark, Nokia CEO, at the economic summit in Davos (source: Futurezone). This should also benefit smartphone users, but not only: “The smartphone as we know it today will no longer be the most common interface.“

Other devices or mobile applications would take center stage by then. Currently, Internet of Things (IoT) devices are becoming more and more popular, their application possibilities and frequency will continue to increase. Directly networked systems are also becoming increasingly important for autonomous mobility.

As with Neuralink: implanting chips directly becomes the norm

Lundmark expects that smartphones will no longer need a physical successor. Future devices would instead be “built directly into our bodies”. It is not certain that this will happen. But there are certainly efforts to develop appropriate technology. For example, one of Elon Musk’s companies, Neuralink, is working on implanting chips in humans.

Such sensors would, for example, the Revolutionizing medicine and improving health care, because decisive body values can be monitored permanently. Current smartwatches already offer an outlook on this. It would also be possible to enable direct computer and machine control without having to connect additional devices.

The smartphone will then be do not disappear immediately from now on, Lundmark believes. But he sees the need for input devices dwindling.