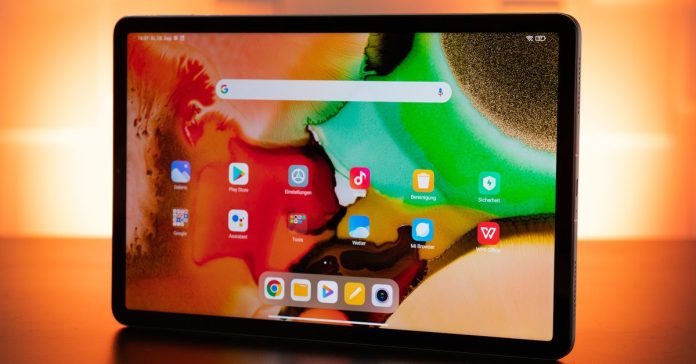 First details about the successor of the Pad 5

The Xiaomi Pad 5 is one of the most interesting Android tablets on the market. The Chinese company came back to the tablet market after a long break and has delivered. Now a new generation is announced with the Xiaomi Pad 6.

Last year, Xiaomi really succeeded in returning to the tablet market. The Xiaomi Pad 5 was convincing in the test. Now the first rumors are emerging that Xiaomi is planning a successor. According to the first information, the Xiaomi Pad 6 should already be in the internal test in Europe:

So it means that the Xiaomi Pad 6 is not only coming in general, but is also offered in Europe. Is actually a matter of course, but at Xiaomi you never really know if everything really comes to us. In China there was also the Xiaomi Pad 5 Prothat never made it to us.

It can be assumed that the idea of Xiaomi Pad 6 first launched in China place. At the latest then we will receive the technical characteristics and know what is coming to us. As usual, we have to expect that it will take a few weeks before it comes to us. The only question is whether we will then again only get a model that is not even equipped with an LTE or 5G modem. Xiaomi can definitely add to this again.

In the video we introduce you to the current Xiaomi Pad 5:

Xiaomi must offer more in accessories

In addition to the missing modem, Xiaomi also has to add accessories to the new Pad 6. The stylus and keyboard must be more available on the successor. Maybe you just put the pen with it, as Samsung does with more expensive models. That would be an added value in any case. Either way, a little more accessories would be better, which you can really buy.