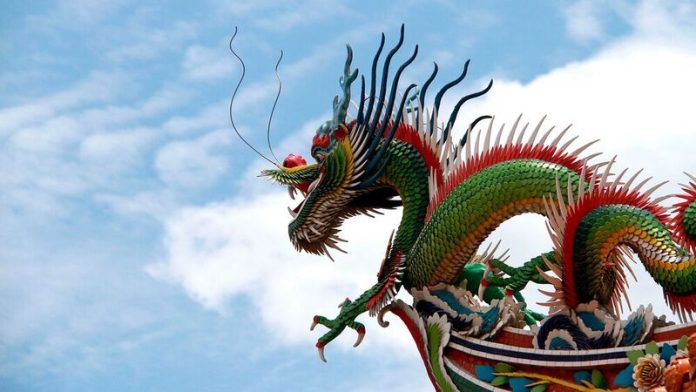 How to reduce dependence?

Economic ties
Rethinking China: how can dependence be reduced?

A turning point also in dealing with China: the “Putin shock” has illustrated the danger of dependencies. Human rights violations, saber rattling towards Taiwan and zero Covid extremes are making doing business in China riskier. But how expensive would Germany be to turn away?

The beautiful idea of “change through trade” has failed in China. Economic cooperation with Germany and the rest of the world has not led to political changes there. On the contrary, dependencies have arisen that the communist system in Beijing uses as political levers. Former Siemens CEO Heinrich von Pierer once argued: “The risk of not being involved in China is greater than the risk of being active in China.“ But today, top managers have to ask themselves how much China risk their company can still tolerate.

There’s the draconian zero Covid strategy, which is cutting off the air for companies in China and disrupting supply chains. Russia’s war in Ukraine has also revealed the danger of excessive dependence on autocrats. China’s backing for Vladimir Putin, the threat of a conquest of Taiwan as well as human rights violations and the repression of minorities such as Uighurs and Tibetans, which has just been drastically illustrated by a data leak, make activities in China increasingly appear to be a risk and a burden.

The era of unrestricted globalization is over

“The era of globalization of the last 30 years, free of political disruptions, is over,” said Max Zenglein of the China Institute Merics in Berlin. “When making economic decisions for cooperation with China, it is important to give political risk factors more weight in order to reduce dependencies in sales or supply chains.“

So there is a rethinking in business and politics. “The war in Ukraine shows how economic relations with authoritarian regimes can create vulnerabilities,” NATO Secretary General Jens Stoltenberg said at the World Economic Forum in Davos, Switzerland. “Freedom is more important than free trade. Vice Chancellor and Minister of Economic Affairs Robert Habeck complained of “very relevant problems” with China, which had been “hidden for years”. He wants to reduce dependencies. “The protection of human rights has a higher weight.“

The Bundesverband Großhandel, Aussenhandel, Dienstleistungen (BGA) already sees efforts to diversify “in full swing”, as BGA President Dirk Jandura said in Berlin. “First of all, this has more to do with the Russian attack on Ukraine. But the zero Covid strategy of the Chinese government has also contributed to the search for new trade and delivery routes.“ Alternative sales markets could be established in the long term, for example in North and South America, but also in India and Africa. However, depending on the industry, less dependence takes a lot of time and causes high costs.

The German Institute for Economic Research (DIW) is more critical of the possibilities for greater independence from the second largest economy. Companies like Volkswagen made almost half of their profits in China. “Similar to Russia, the asymmetry and one-sidedness of Germany’s dependence on China is the central problem,” said DIW President Marcel Fratzscher. China is increasingly using this as a means of pressure against Germany and Europe.

Millions of jobs in Germany depend on China

More than 5,000 German companies are active in China, securing one million jobs in Germany. China is Germany’s most important trading partner. Eight percent of German exports go to the People’s Republic. German import dependencies exist for strategically important products such as lithium batteries or rare earths, as reported by the German Chamber of Commerce (AHK) in China. The lockdowns in Shanghai and elsewhere also demonstrated the dependence on supply chains when products cannot be delivered to Germany because a single small part is missing.

“When it comes to strategic products or raw materials, it is important to reduce them with a sense of proportion,” said Jens Hildebrandt, Managing Board Member of the AHK. At the same time, trade and investment also ensured mutual population prosperity and served to moderate conflicts. “The dependence between Germany and China is mutual.“ In order to turn away from China, new supply chains would have to be set up elsewhere, which takes a long time. “In the meantime, price increases would be expected.“

Zero Covid lockdowns give a foretaste

Due to the close integration of German companies into Chinese supply chains, decoupling would have a “negative impact on the entire German economy,” warned Hildebrandt. There was a foretaste precisely because of the Covid restrictions and bottlenecks in the supply chains. The lack of intermediate and intermediate products put a brake on German companies not only in China, but also in Germany.

Unlike with Russia, which mostly supplies energy, a departure from China would be much more difficult, said Jörg Wuttke, president of the EU Chamber of Commerce. “Russia is a three-product economy. That’s all while we are sourcing tens of thousands of products from China and creating an insane number of jobs in Germany,“ Wuttke said.

Although Europe delivers goods to China for 600 million euros every day, China, on the contrary, sends exports to Europe for 1.3 billion every day. In this respect, China is “more than twice as dependent”.

Is there an alternative to China?

What is happening to Uighurs and Tibetans is “unforgivable” and raises “huge questions,” said the chamber president. It would force companies to turn away if they went through their supply chains and could not rule out the possibility that forced labor was taking place somewhere.

Diversification is in the best interest of every company. “We all do that too,” Wuttke said. “But there is no alternative to a market as big as China.“

Merics expert Zenglein, however, sees no reason for too much pessimism, even if there are likely to be higher costs or bottlenecks in the short term. In the medium term, he expects new opportunities for the industry. “As uncomfortable as this may be, it is not the first time that global supply chains are repositioning themselves. You can also see an opportunity in this.“

The Biggest Exhibitions to See In London with MiniCabRide

Introducing the Sastanaqqam Project: What is it; Who are we building this for?