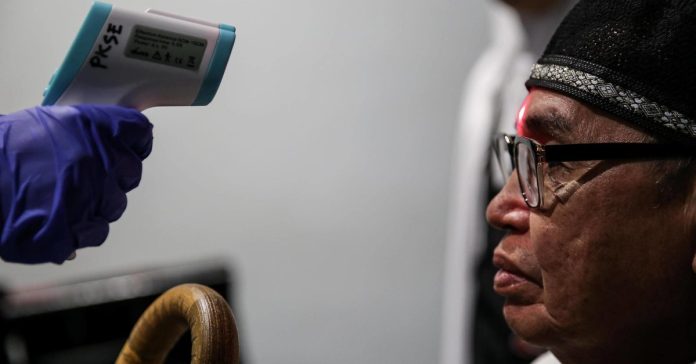 The pandemic situation in Germany has only just begun to normalize, in many places you hardly see people with masks and corona certainly no longer every little bit of everyday life. The first cases of another virus are spreading for the first time in many countries – including Germany. A map now provides an overview of the distribution of monkey pox.

The monkey pox has reached Germany. A the first case had been proven beyond doubt in a Munich hospital, as the Bundeswehr has announced (source: Editorial Network Germany/RND). In recent weeks and days, more cases of the smallpox variant have occurred in European countries, starting with some cases in the UK.

Previously, cases of the disease in people occurred mainly in West and Central Africa. It was first detected in monkeys, but is thought to have originated from rodents. The the current increase is attracting attention from experts. Fever, severe headache and back pain, as well as a smallpox rash that passes from the face to the body are among the symptoms. According to experts, the course is usually mild in humans (source: t-online).

Based on current data from the Global Health Initiative, in which epidemiologists from the renowned Oxford University, among others, are taking part, IT expert Antonio Camaria has now developed a Live Map the worldwide cases created – you can find the map as shown in the screenshot under the tab “MonkeyPox”:

According to the data, the spread is currently strongest in Portugal and Spain. But the pathogen has already arrived in many countries of Western Europe, as well as in the USA, Canada and Australia.

As with Corona, the so-called monkey pox is a viral infection. The However, the pathogen has been known for decades. A specific vaccine against the monkey pox does not yet exist, but a common smallpox vaccine should protect well against the infection.

There are different theories about the increasing number of cases worldwide. For example, the monkey pox could fill the gap created by the eradication of smallpox. These have been considered defeated since the 1980s. However, the current cases could also be related to fewer vaccinations against smallpox, since these are considered to be eradicated. For more information about the monkey pox, our colleagues from t-online here compile.

Note: The information in this article is not a substitute for professional advice or treatment by trained and recognized doctors. On the basis of this information, diagnoses should never be made independently or treatments should be started.