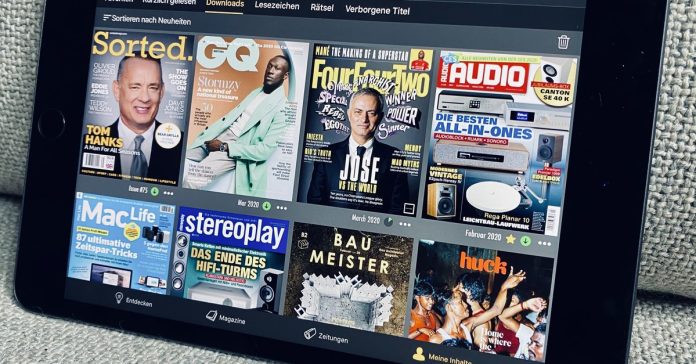 Just in time for the start of the holiday season, there is a really good offer for Readly – to the delight of all those who prefer to read magazines digitally. The app offers access to over 5,000 magazines that you can read on your smartphone or tablet without wasting paper unnecessarily. Right now you can test the service for a month for only 99 cents.

Life is diverse. Sometimes you wear black, sometimes blue, sometimes brown. And sometimes you take a look at the “Bunte”, sometimes at the “Selbst ist der Mann” and sometimes at the “PC Games Hardware”. Readly is something like Spotify or Netflix for Journals. For a monthly fee you get access to the Digital editions numerous German and international magazines – a total of over 5,000 titles. Just test Readly for a month for only 99 cents and convince yourself. Since you can cancel at any time at the end of the month, there is no risk of falling into a subscription trap.

An overview of the Readly offer:

What do you get with the Readly subscription?

Unlimited access to current issues and mostly older issues of thousands of magazines. Among other things, these are:

The magazines can be read on the smartphone as well as on the tablet and in the web browser on the computer. On smartphones, many magazines offer an adapted view for individual articles. Of course, you can also make your desired magazines available offline in the app and read them on the go without an internet connection.